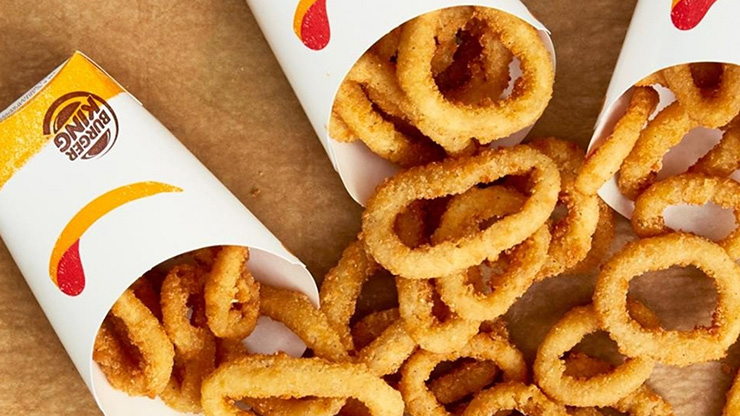 Sometimes, something that seems vegan isn't vegan. For instance, Burger King might make its onion rings out of onions. Unfortunately, they use whey in the process as well.

What Are Onion Rings Made Out Of?

Onion rings are indeed made out of onions. Generally speaking, this means cross-sectional rings that have been cut from said vegetable. However, it is possible to make onion rings out of onion paste instead. Whichever the case, these are dipped in either batter or bread crumbs before being deep-fried.

What Are Burger King Onion Rings Made Out Of?

Most people will be most familiar with whey as a byproduct of either cheese-making or yogurt-making. After all, it is the liquid left over when milk is strained after it has been permitted to curdle. It is interesting to note that different kinds of cheese-making can produce different kinds of whey. However, the important point is that whey comes from milk, which might be fine for certain kinds of vegetarianism but is definitely not fine for veganism.