ADVERTISEMENT
Are Canned Oysters Good for You? 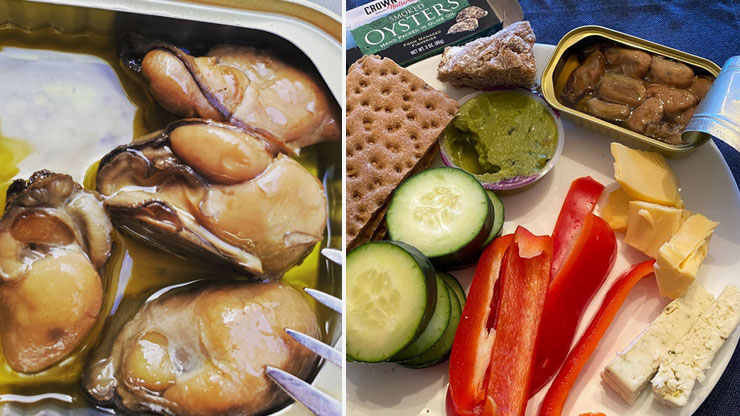 Oysters might not be the first food that pops into your mind when you're meal planning, but this nutrient-rich shellfish is an excellent source of vitamins, minerals, protein, and essential amino acids. While fresh and canned oysters offer a similar nutritional boost, there's a trade-off for the convenience of packaged oysters: added sodium and calories.

According to the Dietary Guidelines of America, adults should consume 8 ounces of seafood a week as part of a 2,000 calorie diet. Oysters are an excellent choice — like other seafood, they're low in fat and high in lean protein. And, they rank among the seafoods with the lowest levels of mercury exposure.

Canned oysters have become a convenient alternative to fresh oysters, which can be hard to find and time-consuming to clean and shuck. During the canning process, whole oysters are cleaned and peeled, and then steamed or boiled and packed in water and salt. Smoked oysters are usually packaged in olive, vegetable, or sunflower oils.

The canning process does add sodium and fat to an otherwise wholesome food, but canned oysters retain many of the nutritional benefits of fresh ones. When eaten in moderation, they're a healthful addition to your diet.

Canned oysters are usually saltier and smokier than fresh ones, with a chewy texture. And, because they're peeled, they’re usually used in other dishes instead of dramatically presented on a platter in half-shells. They do cut down significantly on your prep time, however, and are a versatile ingredient that's ready to use.

Add canned oysters to your diet by mixing them into seafood pasta dishes, using them as a pizza topping, or serving them fried with crackers. They’re also a satisfying addition to soups, stews, and casseroles.