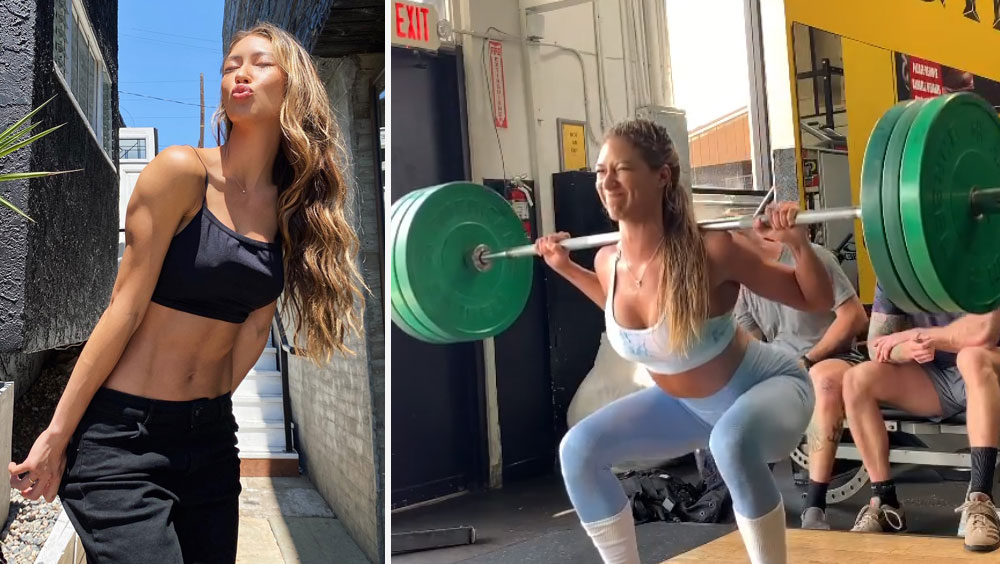 Former cheerleader turned bikini model and Instagram phenomenon Karina Elle hails from the Sunshine State and confesses that she’s always chasing a runner’s high. And she’s got more than 1.5 million followers on her Insta hoping for highlights.

Florida-born Karina stays super fit by training hard, but there’s one thing you won’t ever find this popular Insta personality doing — counting calories. She also refuses to “live” in the gym, preferring instead to get sweaty on her own terms.

Discovered at the Local Mall

Karina’s modeling career began at just 16 years of age. Discovered by IFBB bikini model Ana Delia while walking around the local mall, Karina soon found herself one of the industry’s It Girls. Her unique look — she’s half Vietnamese and half French — coupled with her height made her an instant shoo-in for numerous gigs. Because she was just what her agency was looking for, tall and skinny, she was asked not to work out a lot. She went on to conquer the fashion runway.

Running is Her Coffee

Modeling was fun, but running was something she just needed. Karina said it was a battle in her mind of wanting to model but yearning to get fitter and just needing “to go out and run … running is my coffee.” Eventually, she left the fashion industry and devoted herself to becoming fit and not becoming just “another face on the wall.”

A Training Day in the Life of Karina Elle

Karina refuses to live her life in a gym. She works out from 20 to 90 minutes every other day. Her routine begins with weights before moving on to HIIT. Those 20-minute workouts, however, require giving it her all, she notes. This means high-intensity sprints, jump squats, and burpees.

Although at one time Karina put most of her focus on upper and then lower body workouts, her workout style has evolved exclusively to a full-body workout on all days that she trains. The days she’s not training, she still does something active, just for the high that it gives her, which she refers to as “chasing endorphins.” Training with Karina is all about exerting energy and feeling good.